Back in the Day Today - The Aaliyah MashUp Tribute

S.I.R. & Friends - Back in the Day Today - The Aaliyah MashUp Tribute 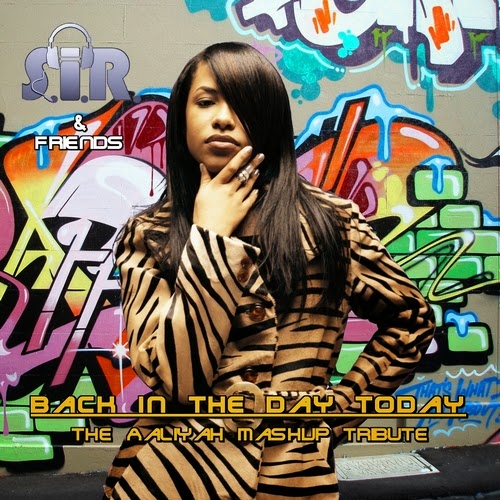 "Back in the Day Today - The Aaliyah MashUp Tribute" comes up with some of Aaliyah's greatest hits in all brandnew versions. From new renditions of her smash songs "Try Again" and "Rock the Boat" to Jazz remixes of her classic tunnes such as "Are you that somebody", this album also includes cover versions by aspiring upcoming artists.
Furthermore, today's greatest artists of the likes of Usher, Bruno Mars and Lady Gaga take over Lili's work and re-interprete her tracks in a new individual way. The most touching track however obviously is the first entry by Mariah Carey, Boyz II Men & Aaliyah herself which still helds the record for the longest run on #1 in the US Billboard Hot 100 charts with 16 consecutive weeks. I'd like to take the opportunity and dedicate this song to my friend André Porzel who untimely passed away in March 2010.
We, the people who created these songs in memory of the late Aaliyah for the 10th anniversary of her passing hope you will enjoy this album.
- S.I.R.


PLEASE NOTE: You need a program called "WinRar" to unpack the file!


IF YOU HAVE PROBLEMS extracting some of the songs please read the following:
It's dependent on where you extract the files to. If you choose too many subfolders, not all of the files will be extracted. E.g. just extract the album-folder with the songs and the other files to your local harddrive "C:" and NOT to a subfolder like "My Documents". What you could also try is renaming the name of the folder you're gonna extract the files to. That should do it. If you still have any problems with the rar file please don't hesitate to contact me!

Disclaimer
All mixes linked to on this site are created for entertainment, and as demonstration of mixing and production techniques only. The copyright for the individual tracks used remains with the artist. If you like the mixes I have created, please buy the original songs and support the artists. If you are a representative of either the artist or the publishing company and would like the tracks removed, please contact me directly and I will take the tracks offline.